An introduction to scroll technology efficiencies and associated losses.

When a scroll compressor or vacuum pump is selected for an application, the ultimate goal is to compress a low-pressure gas at the inlet of the machine and turn it into a compressed gas at the outlet. Even if the compression process is ideal, thermodynamics dictates that mechanical power is required to carry out this compression process. Like other types of compressors, scroll machines (compressors and vacuum pumps) do not carry out ideal compression processes, and the required power input is always higher due to inefficiencies. In addition, losses like leakage and heat transfer tend to decrease the amount of fluid that can be pumped by the machine, thereby decreasing the volumetric efficiency. 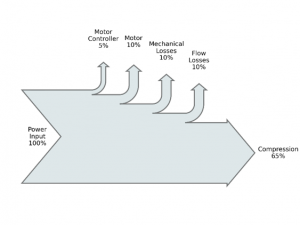 Figure 1: Energy Flows in a Scroll Machine Based on Efficiency Estimates

To understand the amount of electrical power required for the machine, we must understand the factors that contribute to a non-ideal compression process. In general, the losses in scroll machines fall into one of the following categories: mechanical losses, leakage losses, heat transfer, pressure drop, and over- or under-compression losses.

The different loss mechanisms are linked. For instance, mechanical losses contribute to a decrease in volumetric efficiency by heating the gas in the suction chamber. A reduction in the discharge pressure drop can increase the leakage losses. Optimization of scroll machine performance must take all of these interactions into account.

For an oil-free design, the dominant source of mechanical losses is the rubbing between the tip-seal and the base of the scroll components. Since the scrolls do not contact and all loads are taken through ball bearings, the second largest source for mechanical losses are the bearings, which take both the radial and axial loads.

In an idealized scroll machine, the orbiting and fixed scrolls are manufactured perfectly and are in perfect contact throughout the compression process, which results in no area for leakage of gas from higher to lower pressure during the compression process. In a real scroll machine, manufacturing concerns dictate that the scroll wraps cannot be in perfect contact at all times. As a result, internal leakage is an unfortunate side effect.

The decision to use an oil-free or oil-lubricated scroll machine has a significant impact on the leakage losses. With an oil-free machine, a specified clearance is set between the scrolls, with the intent of preventing any contact during operation. The presence of some oil in the scroll machine means that an oil film will partially fill the leakage gaps, resulting in significantly improved volumetric efficiency. The use of an oil-free design has other benefits, such as reduced mechanical losses, increased life, and a cleaner compression process (no presence of oil). However, the lack of oil results in a poorer volumetric performance.

However if sufficient cooling is employed, the compression process can be shifted towards an isothermal (constant temperature) process, which reduces the amount of power required to compress the gas and improves efficiency.

Without pressure drop, no flow of fluid into the machine or out of the machine is possible. Both suction and discharge pressure drop result in an increase in compression power. Through proper sizing of the inlet and outlet ports and lines, pressure drop losses can be controlled.

Furthermore, if the ability to change the rotational speed of the electrical motor is desired, it is necessary to have a motor controller that can change the speed of the motor. These motor speed controllers tend to have an efficiency on the order of 95%.

The details of the construction of the machine have a strong impact on the overall balance of losses in the machine, and these efficiencies should be taken only as a rough guidance about where the input electrical power is going.